To every thing there is a season

and a time to every purpose under the heaven

Have you enjoyed HardWired News?  Hundreds of others have with many thousands of visits to our website to read our quirky articles during the three months since we started it.

We admit we’re right-leaning.  And we’re unconventional.  Our style is not to rant or rave about political issues, but to inform through humor, satire, or parody.  We’ve presented our beloved readers with faux New York Times articles lampooning the way they weave

ideology into “news” reporting.  Then there were the put-ons of the pomposity of figures like Hillary Clinton or the inescapable bigotry of the liberals.  Remember the time we announced the

spread of the deadly disease “Liberalitis,” or the fact that the ultimate victimizer and Austin Powers’ nemesis, Dr. Evil, had been identified and located on a mountaintop in Nevada?  We had as good a laugh writing it as hopefully you did reading it.

It’s mostly done with tongue-in-cheek with the intent of creating a smile in our divided world, while still making valid points to help more people understand and reflect upon the nuisances of the issues of the day.

But, as the lead-in Bible quote to this article suggests, there is a time and place for

everything and ours is drawing to an end, at least on a regular basis.  We approached this project as a short-term beta test to judge its appeal and gauge reader reaction.  Those goals have been accomplished.  We’ve attracted many hundreds of fans on the main website and our Facebook page, and have garnered a robust and loyal readership.  But it’s hard to overstate the time and effort involved in creating the regular stream of quality content many of you have come to enjoy, and so many of our points have now been made.

So, for now, we are taking a hiatus and moving on to other projects, at least for a time.  You may still see the very occasional piece here when something really rings our bell, but the three-to-four articles weekly will sadly stop for the time being.

Thank you for reading, enjoying (some liberals gave us bloody hell), and commenting on HardWired News.  The site will still be here, and you can always contact us through the About page.  For now, know that we deeply value your loyal readership, and wish you a bittersweet Adieu until we meet again.

It is fitting that we take a moment to turn away from politics and reflect on the awful carnage that has unfolded in Las Vegas.  The brokenhearted grief that all Americans feel at the cruel and senseless taking of life transcends all boundaries of politics and social divisions.

Words fail in their adequacy to reflect the horror of the killings and our feelings of revulsion.  The bright light of hope springs from the heroism of those on the scene and our shared national sense of rage.  The murderers only win in bringing us to our knees as a nation when we accept these things as the norm and stop feeling stunned outrage at the magnitude of the injustice.  That has not happened in America, a testament to our fundamental goodness and selflessness when faced with such horrific crisis.

I just returned from Ireland and was struck by the resilience of their people as well.  Ireland’s is a history of invasion, occupation, marginalization, exploitation and hardship.  Yet those people, like we Americans, have overcome historical adversity and maintained a spirit of optimism and strength that forever defines them.

While there I was taken by the image of the Celtic cross, a uniquely styled Christian crucifix marked by the distinctive proportions of its limbs, a unifying circle around its center, and ancient Celtic designs on its facets.  The iconic image is well over a thousand years old and is seen today in churches, town squares and graveyards.  It is said to date to the time of conversion of the Celts by St. Patrick, its unmistakable symbolism incorporating elements of the Christian crucifix and traditional pre-Christian Celtic religious images.  As such, the symbol to me stands for a melding of the best of the old and new, a reverence for past traditions and a beacon of hope for the future. 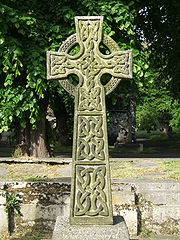 In dealing with the tragedy in Las Vegas, it seems appropriate to reflect on the meaning for our sense of resolve of the Irish Celtic cross: our own foundations from which we derive our strength and character as a people when confronted with adversity.  And one cannot miss the imagery of the unifying circle binding together the separate members, a metaphor for America’s unity in times of trouble.

God take and bless the innocent victims in Las Vegas, and grant us the grace to emerge stronger as a nation.

Hillary Clinton’s new book of excuses for losing the election, What Happened, will soon be available to readers.  That hasn’t stopped commentary on leaked—intentionally or otherwise—passages from making it into the news.

The coverage has been intense and will likely increase upon the book’s actual release on September 12.  So HardWired News won’t repeat all of what has already been reported or is likely to be in the days ahead.  From what we’ve seen, the amazing thing is simply that Hillary continues to blame everyone but herself.  Oh, there’s the soft disclaimer along the lines of sure, I guess I share some of the blame.  But most of the recrimination is directed at others.  That alone is not surprising, given Mrs. Clinton’s penchant for finger pointing and denial.  But what I found amazing is that she blames Democrats, women and the Washington establishment more than she does Donald Trump or the Republicans.  Here are a few gems taken from Fox News coverage of the pre-release.

Sanders’ goal was not “to make sure a Democrat won the White House, he got in to disrupt the Democratic Party.”

“…Comey had badly overstepped his bounds…”

Her own campaign staff

“My team raised concerns (about confronting Comey publicly)…In the end, we decided it would be better to just let it go and try to move on. Looking back, that (her team’s advice) was a mistake.”

Saying he was on a “personal vendetta” against her

Claiming she was a “victim” of being considered a “sure-thing”, thereby keeping many of her supporters from turning out

Perhaps most amazing of all, WOMEN

“One would think that the first female presidential nominee would keep solidarity with her fellow women, especially after thousands of them marched in opposition to Trump shortly after his inauguration…where (were) those feelings of solidarity, outrage and passion during the election?”

“Lauer was supposed to focus his questioning on my (Clinton’s) stances on foreign policy, but instead immediately brought up the email scandal…’Now I was ticked off. NBC knew exactly what it was doing here. The network was treating this like an episode of The Apprentice in which…Trump stars and ratings soar…Lauer turned what should have been a serious discussion into a pointless ambush.’”

Yep, there’s barely a mention of Trump or the Republicans.  The tell-all book Shattered,

an inside look at her doomed campaign, paints a much different picture of an unlikable candidate with no resonating message and a well-earned reputation for sleaziness.  And leaders of her own party are growing weary of her bawling tantrum over her loss.  Recently Democrat Senate Minority Leader Chuck Schumer was quoted as saying

“When you lose to somebody who has 40% popularity, you don’t blame other things — Comey, Russia — you blame yourself.”

My own view is she doesn’t care as much about exonerating herself as she does about making money on this book, a thing at which she has proven very good in the past.  Afterall, the money chase is what the Clintons have always been about.  If you voted for somebody other than Hillary last November, congratulate yourself.  Nobody wants a crybaby loser for a president.  Personally, I’m happier with Donald Trump, warts and all.